What is a Philodendron Brasil Plant?

Philodendron brasil has dark green heart-shaped leaves that look lovely drooping over a hanging pot—the variegated leaves often take a colorful twist and display a cream-colored streak in the middle of the leaf.

Like other plants with similar viny growth patterns, this natural beauty is frequently planted with a moss pole to encourage it to grow upwards.

Philodendrons are either climbers or creepers. The Philodendron brasil is definitely a climber, rather than a creeping philodendron.

Philodendrons are plants that can climb or crawl. “Crawling” or “creeping” simply implies that the plant’s stems grow horizontally along the ground. Climbers, on the other hand, have aerial roots (spikes on their stems) that may grasp any upright structure (like a trellis or moss pole) and “climb” or grow higher.

As with other tropical climbing plants, the Brasil Philodendron grows rapidly! It can grow several feet each year in optimal conditions.

In the wild, this philodendron can grow to more than 10 feet (or even more) if it has something to attach itself to, like a tree or other vines, so that it can grow upwards and climb.

Indoors, if you help it grow with a moss pole or trellis, it can reach up to 5-8 feet if good care is given.

How to Care for a Brasil Philodendron

Many individuals are unaware of Brasil Philodendron’s care and upkeep.

Brasil philodendrons are tropical plants that can grow in excess of 5-8 feet, making them very tall climbing houseplants.

These plants, like all others, require consistent watering and fertilization to thrive. This article will help you maintain a healthy Brasil philodendron.

Philodendron brasil grows very well as an indoor plant. Originating from tropical regions, it cannot tolerate the cold temperatures and the outdoors when it is fall or winter.

Philodendron can be grown outdoors in USDA hardiness zones 10 and higher.

Be sure to keep these indoor plants away from any windows or doors that give cold drafts in the winter months (especially if they are sitting exposed in a hanging basket).

You can use a lovely post to encourage the plant to grow upwards if you don’t want it to spread laterally.

It will do great in most indoor environments—though leaf size will increase in high-humidity areas, such as the bathroom.

If you notice any dry or dead leaves, the plant is probably exposed to too much dry air.

Consider misting the plant, putting a pebble tray underneath the pot, or moving it to an area with less dry air—especially during the spring and summer.

The Philodendron brasil definitely responds well to some natural light and indirect sun.

More light will result in more leaf growth, so consider putting these plants next to sunny windows.

Although it does appreciate direct sunlight, the Philodendron can’t be exposed to the direct sun all day. The direct sun will eventually burn the leaves if it’s a sunny day.

It is best to find a sweet spot with some direct sun (especially in the morning) and indirect sunlight throughout the day.

Place your plant in areas that receive bright indirect light throughout the day—direct sunlight in the afternoon may damage your plant in the spring and summer months.

In contrast, Brasil philodendrons will also do fine in low-light areas; they will just grow at a slower rate.

If you decide to grow your plant outdoors, just be aware of where the sun will shine during the day.

The Philodendron brasil should be watered around once a week.

Feel the soil moisture every couple of days and increase the number of waterings if it is often completely dry.

You want to keep the soil moist, but you don’t want excess water to create disease.

Water when the plant has dry soil, and be sure to have the plant in a pot with a drainage hole so that extra water can leak out.

For outdoor growing of Philodendron, you will need to water more often, especially if it is in the sun’s rays for hours of the day.

You don’t ever want the soil to become bone dry. Although this plant is very forgiving, inconsistent watering may cause outdoor plants to suffer, resulting in dry or dead leaves. 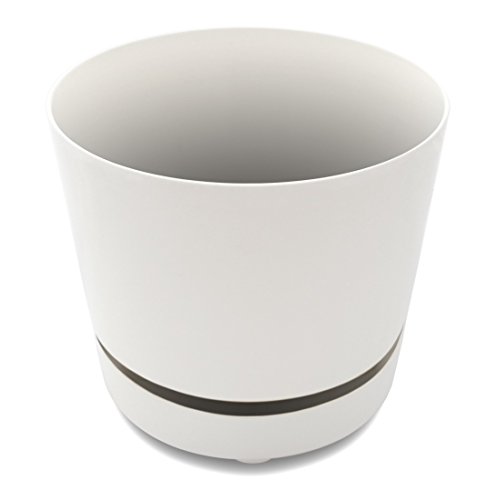 Rich soil with lots of organic matter will turn the Philodendron Brasil into a fast grower.

You may also apply a balanced fertilizer once per month to promote dark, healthy foliage. Well-draining soil is necessary to prevent diseases.

Consider using potting soil with sand or peat moss mixed in or putting about an inch of pebbles at the bottom of the pot—with this method.

You will want to increase the pot size to have enough space for nutrient-dense soil.

If you have poor soil, the Philodendron may sprout aerial roots searching for more nutrients.

This aerial root will eventually turn brown and die, but it signifies that your potting soil needs more nutrients.

If you’re looking to get some fresh potting soil, we always rely on this houseplant potting soil. It’s inexpensive and it simply works for our indoor plants. 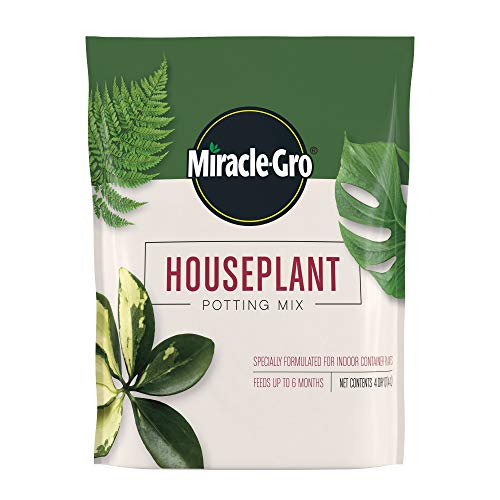 If you want your Philodendron brasil to grow more full and encourage it to branch out, you may want to consider pruning it.

You may find that regular pruning is actually healthy for the plant as it grows out new stems,

When you prune this plant, cut right after a leaf node (where a leaf is attached to the stem). Use a sharp and clean knife or pruning shears.

The stem will branch out as a result of these cuts, giving your houseplant a rich, fuller appearance.

Keep in a bright, humid area out of sunlight for one week. When tiny root tendrils emerge, you can plant the stem cuttings into rich, well-draining potting soil.

Be sure to water the young regularly and keep them in an area with indirect light. New growth and leaves will begin to form shortly.

These occurrences are pretty rare and are usually due to excessive watering or poor-draining soil.

If you notice discolored or yellow leaves, be sure to cut the diseased foliage off immediately and clean the area with soap and water.

Check the soil and consider adding more drainage holes, watering less frequently, or moving the plant to a sunnier spot.

How do you care for a Brasil Philodendron?

Philodendron hederaceum ‘Brasil’ (commonly known as Philodendeons Brasil) plants like to be kept in warm and moist areas and require indirect sunlight; they do not tolerate direct sunlight well. They need to be watered once per week, and the soil should be allowed to dry between waterings.

Is Brasil plant a Pothos or Philodendron?

Why Is My Philodendron Brasil Turning Red and Pink?

There are a number of reasons why your Philodendron Brasil is becoming pink or red. Keep in mind that it is totally natural for young leaves to appear as a peachy red color before turning green and yellow. But a redder-than-usual complexion may also indicate something is wrong. Direct sunlight would likely cause the leaves, stems, and aerial roots to burn. Overwatering or overfertilization could be the reason the leaves are turning red or pink.

Why Is My Philodendron Brasil Leaves Turning Yellow?

Philodendron brasil leaves turning yellow may indicate either underwatering or overwatering, though more than likely it’s overwatering. It is natural for your plant to turn yellow, but if the yellow leaves do not get replaced by new growth, then check to see if you are providing your plant with too much or too little water.

Brasil philodendrons were once uncommon, but they are no longer so as they are easily propagated and grown by plant breeders.

Philodendron Brazil plants are low-maintenance and make an excellent addition to any office or home. They require a lot of water but can also withstand dry spells, making them ideal for those who frequently forget to water their plants.

Philodendrons also thrive in direct sunlight, so place them in a location where they will receive at least several hours of direct sunlight each day. Your Philodendron brasil plant will bring life and color to any room it inhabits with just a little TLC!

Philodendron Brandtianum: The Silver-Leaf philodendron is a tropical plant with olive-green leaves with silver streaks. They can get bushier than other philodendrons. They thrive as hanging plants, but can also be trained to climb a trellis or moss pole.

Philodendron Micans: Known as the Velvet Leaf Philodendron, this philodendron is similar to other philodendrons in that it is a vining plant that has heart-shaped leaves, but different in that the Philodendron micans does not have glossy, green leaves, rather has velvety-textured greenish-bronze leaves with crimson-brown undersides.

Philodendron Cordatum: The Philodendron cordatum, which is one of the most popular species, can grow in any kind of indoor setting. It is commonly referred to as the Heartleaf Philodendron and the Sweetheart Plant because of the shape of its dark green leaves, which are fashioned like hearts.