As plants grow, they encounter various problems that may hamper their growth and jeopardize the fruits. Cucumbers are not the exception. You have probably noticed cucumber leaves turning yellow sometimes, and it’s difficult not to worry about them.

The good news is that you can solve this problem, but to do so, you need to identify the cause of why the leaves are turning yellow. Read on to see why cucumber leaves turn yellow and how to resolve it.

Why Are Diseases Causing My Cucumber Leaves Turning Yellow

Yellow spots or streaks on cucumber leaves can often result from certain diseases that attack the plant. Below, you can see the most common diseases that cause this problem and how to handle them.

First described back in 1916, cucumber mosaic virus (CMV) is one of the most common and important plant viruses primarily due to its significant impact on agriculture in the Mediterranean basin and worldwide. The virus affects cucumbers and cucurbits (squash, pumpkin, zucchini, some gourds), but it can also attack pepper, lettuce, spinach, celery, tomato, and beans.

The virus spreads mechanically by sap from plant to plant, but it can also be transmitted by aphids (small, sap-sucking insects) in a stylet-borne manner. Seeds and parasitic weeds can spread CMV as well.

Cucumber can be infected with CMV at any stage. Once the plant is infected, the virus spreads systematically within the cucumber. Symptoms o CMV usually appear seven to 14 days after the infection. You can recognize CMV by the following signs and symptoms:

The most effective method of controlling this and other viral diseases is the development of genetic resistance. When it comes to cucumbers in your garden, there aren’t many treatment options. Since the virus can spread easily from plant to plant and pests can be the carriers too, the best thing you can do is to remove the infected plants.

To protect healthy plants, you may want to disinfect gardening tools after every use. For disinfection, you can use a weak bleach solution or opt for antiviral disinfectants such as Virex by Diversey. 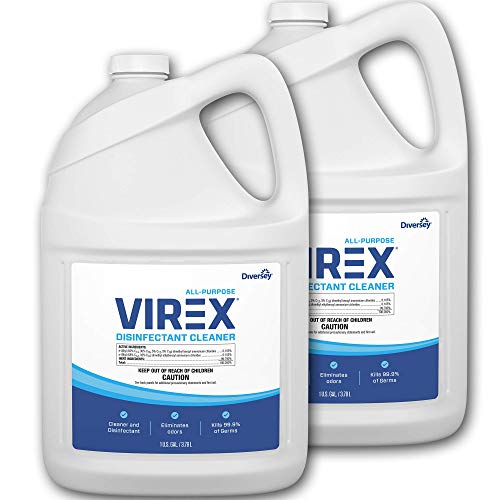 Fusarium wilt is a widely prevent plant disease caused by the fungus Fusarium oxysporum. The disease can affect hundreds of plants, including cucumbers. The disease-causing fungus thrives at soil temperatures above 24°C (75°F), and it can live in the soil indefinitely without access to host plants.

Even though Fusarium wilt can be seed-borne, it is rare in the commercial seed. The fungus can be introduced via infected transplants or spread with the equipment contaminated with infested soil. It’s important to mention the pathogen usually enters through the wounded root of the plant. Wounds can result from the cultivation of cucumber beetle larvae as they feed on the plant’s root.

Plants with Fusarium wilt tend to wilt during the hottest part of the day and recover at night. Leaves turn yellow, but eventually, the whole plant can turn yellow and wilt. Then, the leaves become brownish. Yellowing of the leaves starts from the edges and spreads inwards.

At this point, no pesticide can kill Fusarium wilt. The easiest approach is to remove the infected plants.

To prevent Fusarium wilt from affecting plants, you need to focus on cultural control. For instance, you may want to purchase disease-free seeds and transplants from a reliable supplier. Before moving to a new field, you need to clean soil and plant debris off of the gardening tools.

Avoid excessive nitrogen use because it would encourage disease. The use of calcium nitrate fertilizer instead of ammonium nitrate can decrease the severity of Fusarium wilt in some soils.

A good option for calcium nitrate fertilizer is 5GBG fertilizer which can be used for soil applications and hydroponics. If your soil is acidic, you may need to raise pH to 7 to control the disease.

But be careful of the pH levels in the soil as it can also be a cause of cucumber leaves turning yellow. 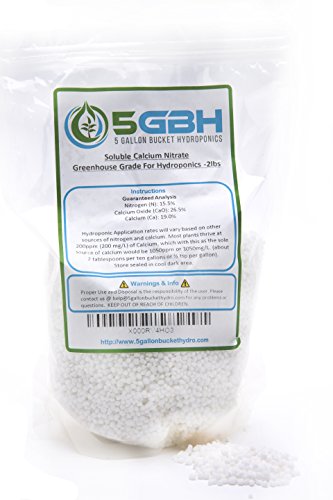 Plasmopara viticola, known as downy mildew, is a plant disease indicated by yellow to white patches on the upper surfaces of older leaves. These patches are angularly bounded by veins of the leaves and look like patchwork.

The disease thrives in cool or moist weather, primarily in early spring and late fall. Several fungus-like organisms of the Oomycota phylum can cause downy mildew. The disease is also caused by other pathogen species such as Phytophthora, Bremia, Plasmopara, Peronospora, and Pseudoperonospora.

Some simple strategies can help prevent or manage downy mildew. For example, you may want to plant cucumber varieties with a high level of resistance. Use wide row spacing and drip irrigation to keep the leaves dry and improve air circulation around the plants.

To prevent downy mildew from spreading, you may want to take out the infected plants. The early stages of the disease can be treated with contact and systemic fungicides. A useful fungicide to consider is Southern AG Liquid Copper Fungicide. 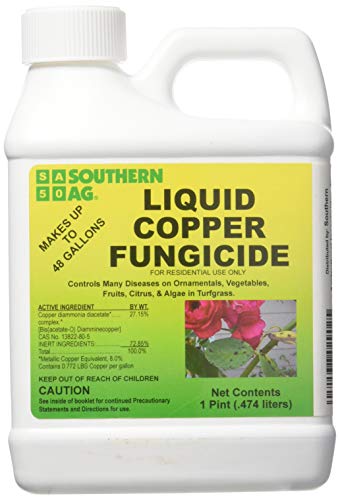 Plant pests that cause yellowing of cucumber leaves

Several plant insects can attack cucumbers and lead to the formation of yellow patches on the leaves. Some of them include:

Small sap-sucking insects that are often invisible to the naked eye. They can appear black, white, grey, brown, yellow, green, and even pink. Most aphids have two short tubes, called cornicles, projecting from the hind end. Aphids are usually present on the underside of leaves and tend to leave behind honeydew, a sticky black substance

Even though it primarily affects potatoes (hence the name), potato leafhopper can disturb other plants, including cucumbers. Adult leafhoppers are usually bright green with a wedge-like body, tapered abdomen, and broadhead. They are easily disturbed and will fly away or jump when approached. Potato leafhoppers have piercing-sucking mouthparts and feed on the sap, but in the process, they inject watery saliva that includes a toxic enzyme that contributes to the yellowing of the leaf and impaired photosynthesis.

Although classified as arachnids, spider mites are not real insects. They are common in North America and tend to attach both indoor and outdoor plants. Adult spider mites are reddish-brown or pale and have an oval-shaped body. Like aphids, they live on the underside of leaves and feed on the leaf tissue to suck up the plant fluids. As a result, leaves turn yellow.

Closely related to aphids and mealybugs, whiteflies are soft-bodied and have wings. These tiny insects live on the underside of leaves and have a triangular shape. Whiteflies are active during the day and tend to scatter when disturbed, so they’re easier to notice than other pests that attack cucumber leaves. Like aphids, they produce honeydew which can cause fungal disease on the leaves. When left unmanaged, whiteflies’ problems can weaken leaves which is why they turn yellowish and may not be able to perform photosynthesis properly.

Solution to Getting Rid of Insects on Cucumber Plants

One way to get rid of insects is to use insecticidal soap and insecticides. A useful, mild option is Bayer 3-in-1 insect, disease, and mite control or Monterey Garden Insect Spray. However, if you don’t want to use insecticides, you may want to keep the area weed-free, and use row covers over the cucumbers to ensure insects stay away. 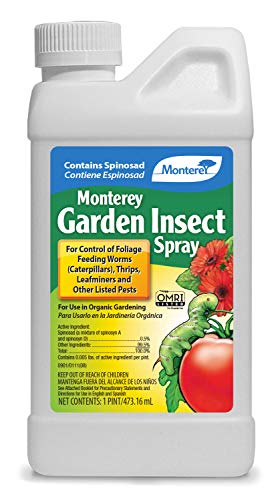 Several nutrients are necessary for the optimal growth and development of cucumbers. Lower levels of these nutrients can manifest themselves in the form of chlorosis can form. Chlorosis is the yellowing of plant leaves due to a lack of chlorophyll. The most common nutritional deficiencies that may lead to yellowing of the leaves in cucumbers include:

Symptoms include stunted growth and yellowing of the leaves. The discoloration is particularly prominent in the lower leaves. In cases of severe nitrogen deficiency, the whole plant can become yellow to almost white. To fix this problem, you may want to increase the nitrogen content of the soil by adding a two-inch compost layer. Another option is to add one to two tablespoons of 6-10-10 fertilizer as soon as you notice the problem. Moreover, when the flowers of the plant start blooming, you may want to add a tablespoon of ammonium nitrate and do it again three weeks later.

Plants are stunted but don’t exhibit definite symptoms. Severe deficiency prevents the growth of the plant completely. Phosphorus-deficient plants have weak roots and produce small dark, dull, gray-green leaves. The oldest leaf at the base of the cucumber shoot becomes yellow. To solve this problem, it may be necessary to apply a soluble phosphorus source such as monopotassium phosphate. The treatment should be repeated throughout the plant’s life.

Potassium deficient plants are stunted growth, small leaves which are bronzed and discolored, and yellowish-green at the margins. The main veins of cucumber leaves are sunken in potassium deficiency. To solve this problem, you need to use a well-balanced fertilizer.

Magnesium deficiencies in plants cause the yellowing of older leaves. Symptoms begin between the major veins, which still retain a narrow green border. In cases of severe deficiency, a light tan develops in the yellow regions. To fix this problem, you may want to use soluble products that deliver magnesium in a controlled manner, such as Fox Farm liquid fertilizer.

When there is a lack of zinc, older leaves tend to turn yellow between the veins. Other symptoms include small leaves and stunted growth. You can spray the plant with zinc sulfate solution to correct this problem.

Add Fertilizer to Boost Minerals and Nutrients to Your Plants

Some fertilizers such as Miracle-Gro Plant Food can help avoid nutritional deficiencies in cucumbers and other vegetables. 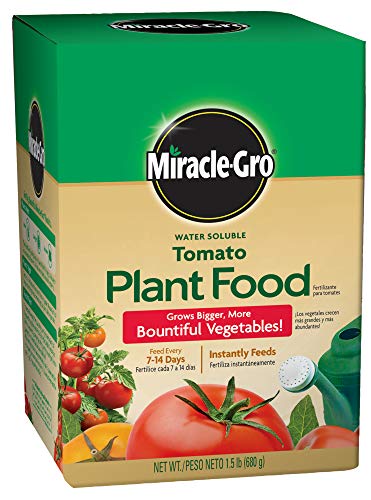 Don’t forget, that when we’re talking about the yellowing of the leaves on cucumber plants, it’s important to avoid overwatering your cucumber plants. Also, make sure to plant them in a location where they can get at least six hours of sunlight a day.

Leaves of cucumbers can turn yellow due to several reasons. Pests, diseases, nutritional deficiencies, lack of sun, and too much water can all affect the leaves. The most important thing is to inspect the leaves regularly to identify the cause and work to solve the problem in the early stages.